Home » Food Awareness » Trihalomethanes in tap water: how to reduce their concentration

Trihalomethanes in tap water: how to reduce their concentration

Trihalomethanes in tap water: how to reduce their concentration 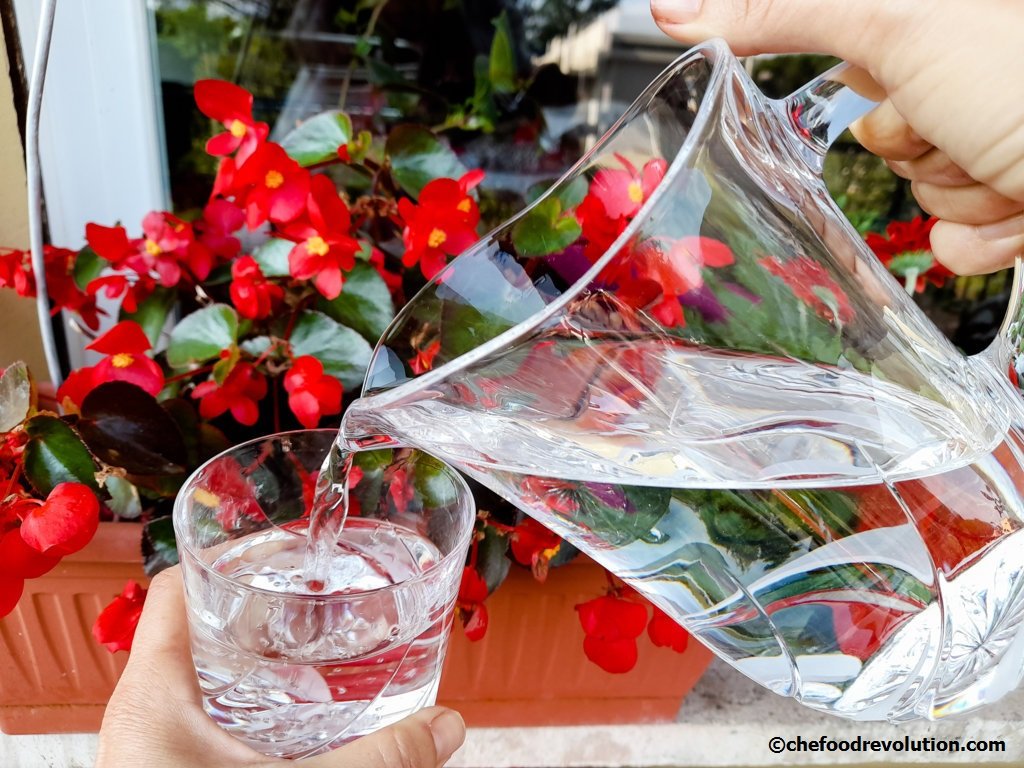 The WHO states that “all people, regardless their stage of development and their social and economic conditions, have the right to have access to an adequate supply of safe drinking water”. Usually when we read the word “safety“, we immediately think about infectious diseases caused by pathogenic bacteria, viruses, protozoa and helminths; and in order to eliminate their presence, so as to cancel any possible risk of disease, such as cholera or typhoid fever, tap water has been disinfected since 1900. The most widely used disinfectant is chlorine: so much so that chlorination, along with drinking water filtration, have been hailed as the main public health achievement of the 20th century(1).

However, as every rose has its thorns, raw water treatment also has some drawbacks: chlorination derivatives like trihalomethanes in tap water, found in varying concentrations in most countries around the world, threaten our health.

Trihalomethanes (THMs) what are they?

The water that comes to our taps can have different origins: underground sources, surface (streams, rivers or lakes) or even from the sea after desalination treatments. In many European countries, fortunately, we do not yet need to desalinate water, so the main sources come from the surface or underground. The selected disinfectant, i.e. in most cases chlorine, causes the formation of molecules defined as Disinfection By-Products (DBP): a complex compound made up of hundreds of chemical molecules; among the most popular we have trihalomethanes (THMs) and haloacetic acids (HAAs), as their concentration comes just after that of chlorine.

Trihalomethanes in water and their effects on human health have been still poorly studied, but they may have carcinogenic effects for the bladder, the kidneys and the liver. Their final amount can be unrelated to the amount of chlorine used for treatment: there are several variables that influence the final amount, such as the presence of organic material in raw water.

Surface water (rivers and lakes) contains a variable amount of natural organic material (NOM) due to vegetation, which causes cloudiness and color change. These organic substances, in the presence of a disinfectant such as chlorine, ozone, chlorine dioxide or chloramines, trigger chemical reactions, forming several hundred by-products (DBPs): some of these are potentially genotoxic and carcinogenic, such as THMs (2).

The main trihalomethanes are represented by chloroform, bromodichloromethane, dibromochloromethane, bromoform. Bromo-trihalomethanes are used as laboratory reagents; in the synthesis of organic compounds, as solvents; while bromoform is used as a cough sedative; chloroform is used in the production of refrigerants, solvents, in addition to its ancient use as an anesthetic (3).
As mentioned earlier, so far there are very few studies on the actual toxicity of the substances, but fortunately their presence in municipal water is well regulated: the drinking water directive of the European Community establishes that water intended for human consumption must not exceed 100 µg/l of total THM; in the U.S. the maximum level is 80 µg/l; while in Italy the limit value is 30 µg/l, expressed as the sum of the concentrations of specific compounds called primary THM’s (Chloroform, Bromoform, Bromodichloromethane, Dibromochloromethane); therefore, our water is monitored and subjected to periodic analysis.

However, we do not have easy access to the sampling data in each municipality and in each season, as they are not published! (They should be specifically requested).

This is important because, as already explained, their final quantity cannot be the same for each region and for all times.

Also atmospheric events can alter trihalomethane values in water: for example after excessive rainfall it is natural that more disinfectant (chlorine) is used, raising their concentration. Even rains are not all the same: the most incriminating one is the first rain after a long period of lack of rain; this one transports to the lakes and rivers all the organic substances deposited on the ground and on the vegetation for a long time.

Therefore, it is highly advisable to contact your water supplier and/or municipalities directly, asking them to provide you with information on this matter.

How we are exposed to THMs

Obviously we are exposed to THMs through tap water, but oral routes are not the only way; dermal contact and inhalation are also sources of absorption. In addition, in populations where people take hot showers or baths, inhalation and dermal absorption represent greater exposure to THMs than oral ingestion(4)… And yes, swimming pools are also a source of exposure.

Can we do without chlorination?

Nowadays there are several methods available for tap water disinfection in addition to good old chlorination: such as ozonation, filtration, UV treatments, chloramines, etc. Unfortunately, no disinfection method can be described as totally free of DBP risks, but tap water practices could be improved with the following easy and inexpensive systems:

– Practicing better coagulation/sedimentation to reduce the amount of NOM

How can we reduce THMs in our glass

At present, more than 1 billion people in the world do not have access to drinking water(5); and for many other countries, drinking water packaged in plastic bottles is an unavoidable necessity (poor quality of aqueducts, too much chlorine, etc.).

In many European regions, fortunately, tap water is safe to drink; therefore, we should not refuse the great goodness and opportunity that is “almost” a gift to us. Through this simple practice we could fight the excessive production of plastic; and also all the problems related to the presence of microplastics, not only present in the water we drink but even in the air we breathe.

For these reasons, unless you smell a strong odor of chlorine when you turn on the tap, (and of course if your municipality guarantees the safety of the water with regard to the levels of other dangerous substances for human health, such as lead, arsenic, etc.) drinking tap water is a civic duty.

In addition, we can take some measures to be civil but also less concerned about the risk of cancer related to exposure to trihalomethanes:

1) Boil water for one minute and let it cool before drinking it: this will allow THMs to partially evaporate into the air; during the process it is advisable to ventilate the area.

2) Store tap water in the refrigerator for 24 hours in a jug without a lid: the THMs will partially evaporate into the air.

3) When boiling water for pasta or tea, leave a window open, or use the exhaust fan. If you need hot water for household cleaning and/or sanitation, prefer it to be lukewarm, not boiling, and make sure that bathrooms and kitchens are well ventilated at the time of use. Same thing for showers and baths: reduce the exposure time and temperature.

If you live in an area where the tap water smells like bleach, the only effective solution is to use specific filters; although reverse osmosis and nanofiltration techniques (6) are acclaimed as the best way to remove THMs, some activated carbon filters also achieve positive results. Certainly, the renewal of filters every 6 months should be taken into account in order to avoid bacterial proliferation.

In recent years, studies on magnetic ion exchange (MIEX) show a valid alternative for the reduction of DBPs, through the removal of by-product precursors (7).

In conclusion, my appeal is to embrace the drinking water that municipalities make available to us; because it is a civic duty, ethical and healthy; through simple gestures and legitimate requests for information to the companies in charge, we can drink and use serenely “the mayor’s water”. Moreover, by spreading this awareness and exigency, we would create a critical mass able to sensitize and demand from municipalities a better efficiency and quality of supply, really investing on important aspects of the community such as the most precious good of human beings: water.