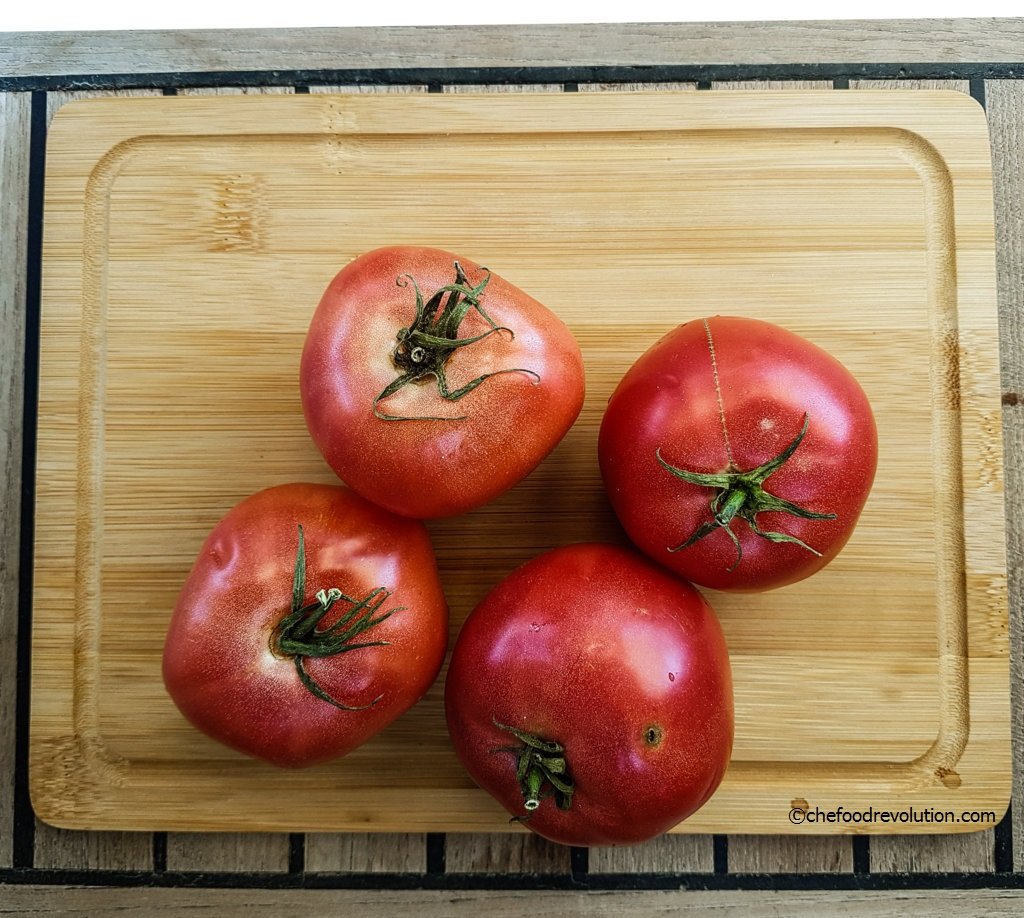 The tomato is the prince of our tables throughout the year: in summer and autumn the fresh one, in winter and spring the preserved ‘red gold’ as paste, or dried ones. The production is based on the 3 phases of tomato harvesting, early, medium and late gathering, allowing us to enjoy their goodness for most part of the year; which is good because, fresh or preserved, the tomato is not only good, but characterizes the plate giving it a very Mediterranean touch.
The advantages do not end in the palate, on the contrary, its most important characteristic is to be “a functional food” for its positive aspects on health outlook.
Without fat and with few carbohydrates, the tomato contains a lot of fiber, many minerals and significant amounts of antioxidants.
And then it is able to perform as a protagonist in various distinctive recipes such as soup, pasta or pizza with tomato sauce; or as a co-star in salads and side dishes; it has no problem giving shelter to rice or meat fillings; just like it doesn’t care if it is sipped as an aperitif during the hot summer evenings, such as Gazpacho or Bloody Mary.
I have not yet tasted it as a dessert, if we do not consider the jams used to accompany the matured cheeses; however, since the “mother of gastronomic oddities is always pregnant”, I do not exclude it from the list of ‘tomato containing foods’.
So this fruit, multifaceted by nature, unites all peoples, all ages and all occasions.
But as in every fairy tale, also here there is a bad ogre, which is called the exploitation of non-regular workers. A long and sad story, unfortunately, far from being limited to a few provinces, and in spite of many complaints still very actual.

In Italy, about 30 kilos of tomatoes are consumed per person per year; but the most surprising numbers come from the production volume, which ranks country of “pasta al pomodoro” in seventh place among the world’s biggest names, with a record among European producers, surpassing even Spain.

There are those producers who exert pressure on decision-makers to ensure that things do not get much better: if you can’t get people to work for less than 2-3 euros per hour you can no longer maintain productivity at current rates, allowing the giant of the East to gain more and more market, not only abroad, but also within the country of tomatoes (just while I am editing this article, a news of the last hour has appeared, on the umpteenth complaint on this emergency which smells like slavery, since according to the facts the workers were forced to accept a paltry 1.5 euros for 1 hour of exhausting work).

If we all agree that slavery must be abolished, we will have to pay more attention to our purchases.
In the meantime, as I often advise, we should not buy tomatoes in February, as they are most likely produced in Dutch or Spanish greenhouses; instead, to eat something that tastes like a tomato in addition to its shape and color, I suggest we wait at least until June.
On the other hand, goodness is not just about taste or nutrient levels, and in the face of certain facts, not even the concentration of pesticides or the depletion of the earth make our generation as ashamed as human exploitation that occurs in the agricultural sector.
So we should give priority to the purchase of tomatoes that have been produced and harvested without human exploitation or illegal labor; because it is important to choose the best product on the basis of its nutritional quality and physio-chemical properties, but it is more important to give a better life quality to the workers who allow the delicious tomatoes to leave the field and reach our tables.

Intensive agriculture: here are it’s devastating damages and solutions in order to change the route

To make sure that workers’ rights are respected, we can opt for small and/or local producers, who do not need archaic systems such as “caporalati, – the name used to define this illegal employment of agricultural workers, especially clandestine-“. However, since sometimes it is not possible to reach the producer, especially for those who live and work in big cities, we have a valid alternative in solidarity purchasing groups which, among other things, allow an excellent combination of price, quality and production ethics.
However, we know that there are times when the supermarket becomes a must: in that case, since we have to stock up in these “places of iniquity”, we need to choose the products that guarantee humanity for the agricultural workers in the production chains. We have to pose questions and require producers to display certificates to guarantee the working conditions of their employees, that are not in slavery. As the organic producers certify their produces with a logo.
We consumers have the money, in other words we have the power, so let us use it for what is really important. Because not raising our heads by demanding a specific working condition, means making ourselves accomplices of these criminal organizations.
With good will, some small changes happen: last year in Italy the ethical (and also organic) quality label IAMME was born, which offers a supply service also in large-scale retail stores, although at the moment only guaranteed in supermarkets in Southern Italy.
Asking for the extension of these production systems will depend only on us and our desire to be part of the solution.
Are you aware of the situation in your country?
Ethic tomatoes taste really better, try to choose them while they are in season and be part of the Tomato revolution.

Article Name
TOMATO, THE RED GOLD: here is TOMATO REVOLUTION
Description
The tomato is one of the most functional foods from a healthy point of view, but we must be aware of the production background in order to choose ethically
Author
Başak Bartu
Publisher Name
CHE Food Revolution
Publisher Logo