Seasonal Fruits and Vegetables: The Importance Of Eating Seasonally 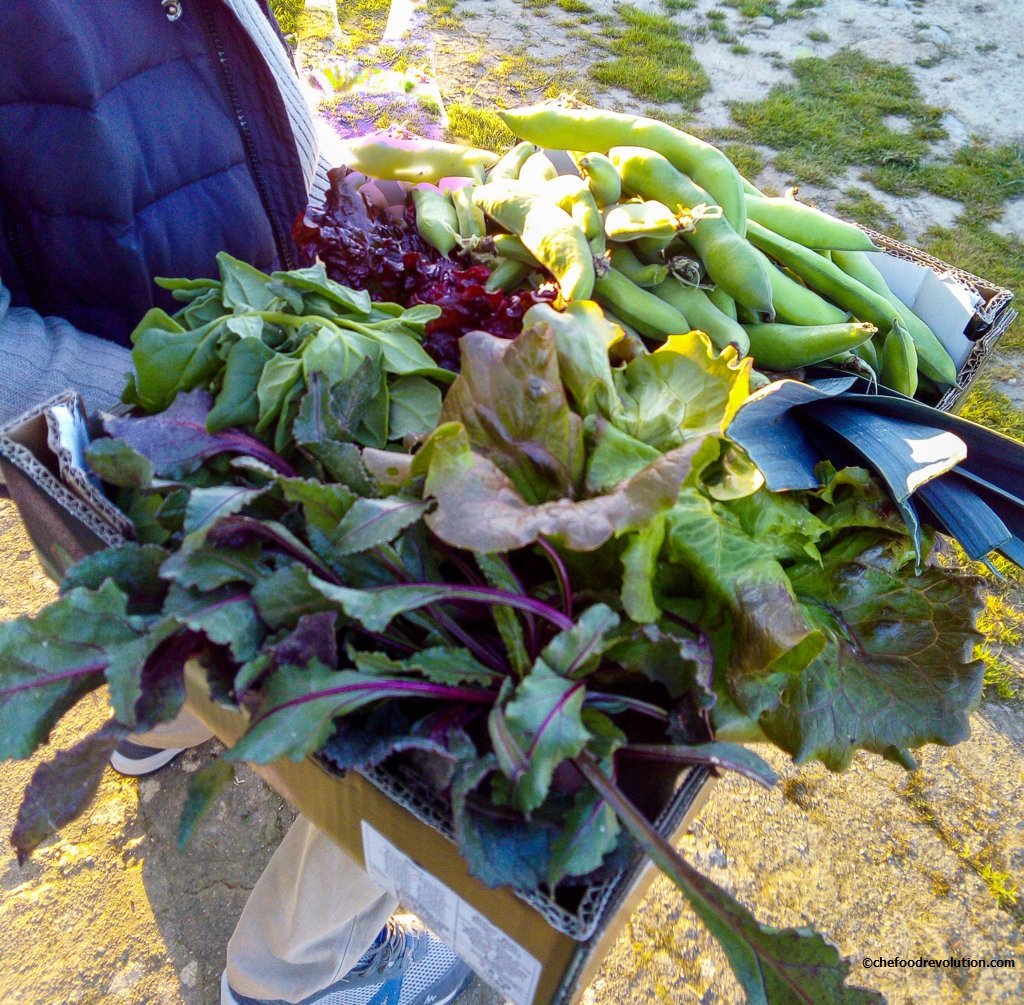 “Once upon a time there was a pregnant woman expecting a baby girl. From the window of their little house, she could see the garden of a sorceress, in which flowers and fruits of all kinds grew. The woman was standing at the window every day and looking out at that garden. One day she craved to taste the rapunzels that grew there. She tried to control herself, but her desire was such that her husband noticed, and given his great love for her, he sneaked into the witch’s garden and took away a bunch of rapunzels. But the next day…”
We all know how this bedtime story ends. Fairy tales can narrate incredible things about wizards, witches or monsters; but they must always have a certain credibility to create the empathy necessary for the listener’s self-identification. Assuming the children know what rapunzels (an edible winter plant) are, I don’t know today how they would relate to this absurd story: a future father who signs a terrible pact with the witch, in order to satisfy his wife, craving for a veggie?!
If I had been born 7 years ago I would have asked my mother <<but she couldn’t simply go to a supermarket?>>. It would have been a “right” question for a generation used to eating strawberries and tomatoes every month of the year.
Those of us from the 70’s, 80’s and even 90’s may have been the last individuals who experienced the excitement of this sweet expectation. We had learned that strawberries could be eaten when school was running out, watermelons when going to the beach, grapes when going back to school after the holidays, and citrus fruits on short, cold days. In my house, for example, there was the habit of expressing a wish when eating the first exemplary of each fruit of the season: a sort of celebration for having resisted the adverse circumstances of another year… I still do it today.
In my childhood, an article like this one about the importance of seasonal fruits and vegetables would have made no sense, as everyone knew when to buy “asparagus” or “strawberries”.
But today… A survey conducted by the BBC in 2014 reports that only less than one in ten Brits know which is the harvest season for some of the best known fruits and vegetables in their country. If you think this is an unacceptable score, wait for the rest: 86% of the same respondents, 2000 in all, said they were well aware of the importance of the seasonality of the food, and even 78% said they were already shopping with the food seasons in mind!
It is clear that it would take much more awareness and why not food education on this issue.

Why is it important to choose seasonal food

To answer this question we have to talk again about the three pillars of C.H.E.: Cheap, Healthy and Ethical Food Revolution.

1) It is Cheaper: it costs much less than the early grown fruits; those cultivated with “forced agriculture” in greenhouses or those imported from remote places, where there is an opposite season to ours;

2) It is Healthier: definitely richer in nutrients such as vitamins and antioxidants (1,2,3), as it is harvested at the right point of ripeness when all values are at their peak; it is poorer in pesticides or agrochemicals – in some out-of-season food their amount can even reach up to 50% higher levels(4).

3) It is more Ethical: because it contributes to the local economy and to the well-being of local and/or zero-mileage producers by allowing them to bypass large-scale distribution; and it is more sustainable, because it does not deplete the soil with the excessive “care” caused by the most harmful trio of agriculture, i.e. excessive irrigation, synthetic fertilization and reckless use of pesticides. It also reduces the carbon footprint of conventional agriculture, limiting overseas imports and eliminating the use of fossil energy used to heat greenhouses and/or produce the aforementioned pesticides and fertilizers on which current production practices are based. For last but not least it reduces the use of plastics both those used in greenhouse construction and those used in packaging to protect the produces during the long period from harvest to sale.

And of course, it should be added without hesitation, seasonal fruits and vegetables have the best taste.
The food when grown and harvested in the right season is simply perfect and calibrated for its organoleptic properties. There is no comparison with the ridiculous ‘simulations’, grown in greenhouses or harvested too early so they don’t spoil during the long transport. As well as having the right color and shape, in season produces also have the genuine aroma and flavor, without the floury and fibrous texture, typical of winter tomatoes and strawberries.
That’s why we have to decline the kind offer of the “food pushers”, and choose the produces of the season, stocking up them from the local medium-small producers; regardless of whether they are ugly, maybe even more expensive, but able to pay off in many other ways.

At the time of writing these lines I’m in the Algarve, Portugal. From the bedroom window I see the oranges and lemons converting their wonderfully fragrant flowers into green fruits, which will ripen in the next few months; during walks inland we often come across medlars overflowing with ripe fruit; we see the marvelous, bright red flowers of pomegranates; and the mulberries, displaying their precious load of half-unripe and half-ripe fruit. There is no doubt, here is late spring. And what is the season at your place?

SEASONAL FRUITS AND VEGETABLES CHART BY MONTH IN WESTERN EUROPE

So dear friends anxious to know what are the seasonal produces of the moment, just read this listing below to see what you can buy with absolute tranquility.
I would recommend you to study it well, in case if you would be interviewed as well by BBC, you will contribute to keep up the honor and the percentage of your country! 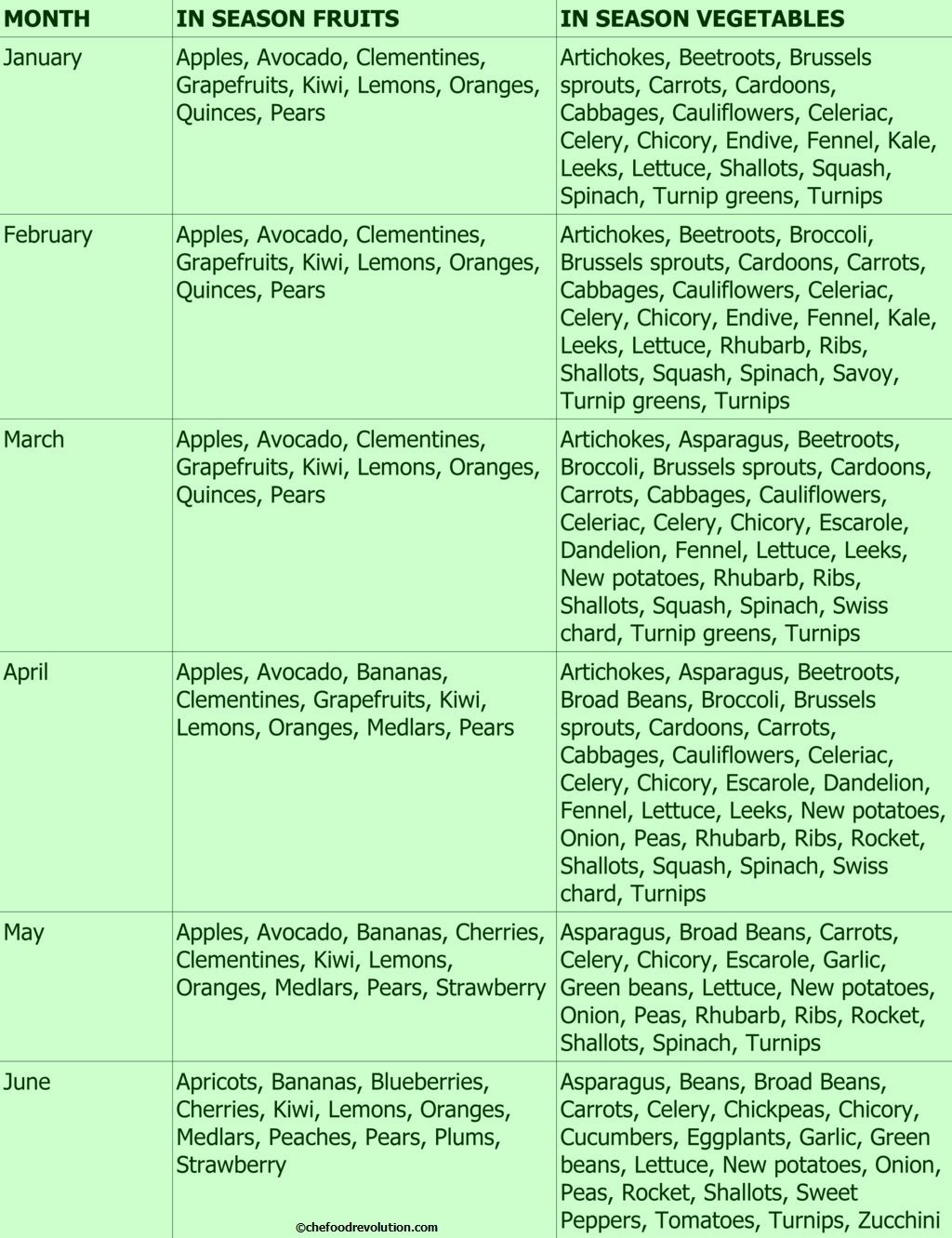 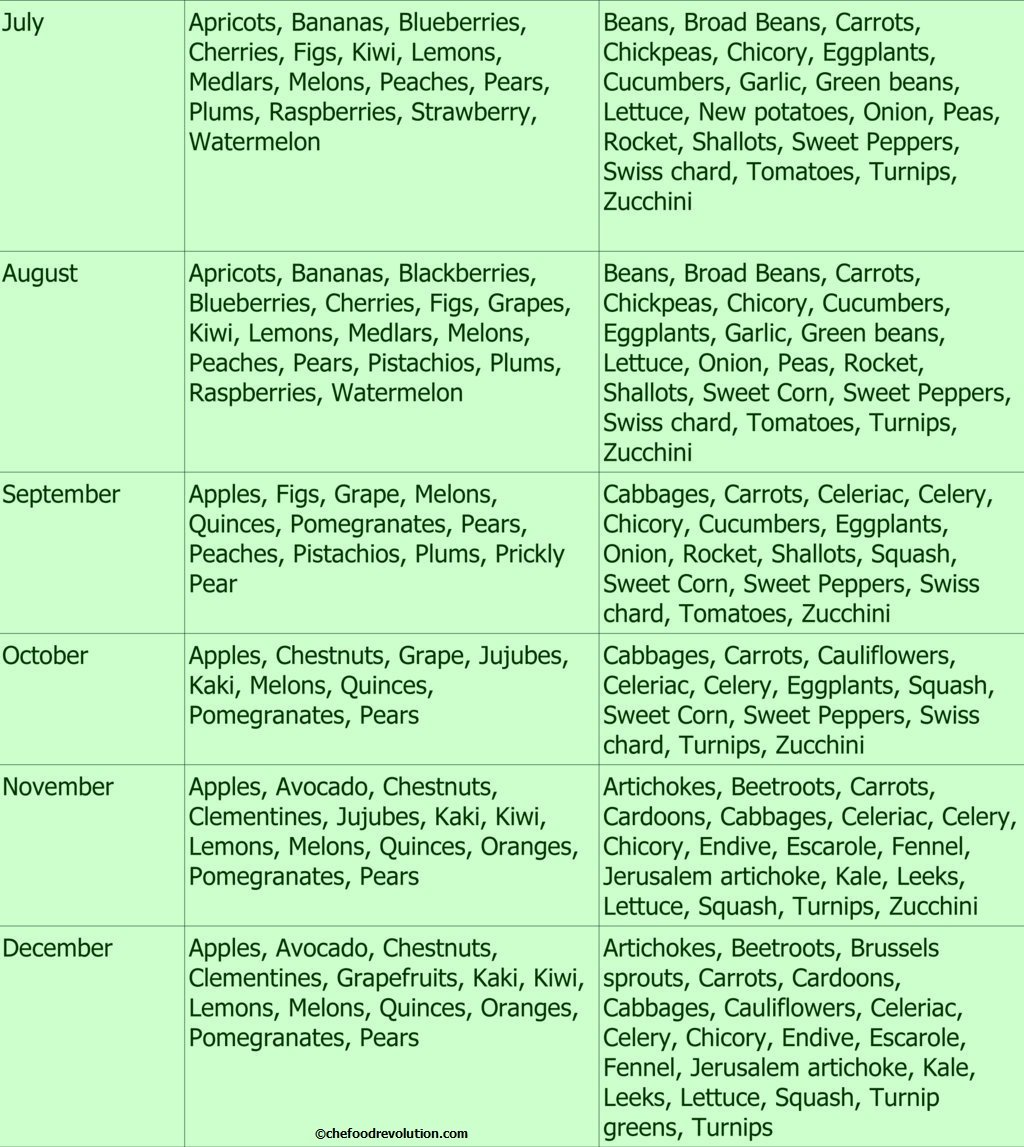 PLEASE NOTE: Of course there can be differences in harvesting months among enourmous European countries and naturally, between Northern and Southern as well as Eastern and Western nations: your trusted greengrocer will tell you with certainty which fruits and vegetables to buy at the moment

Article Name
Seasonal Fruits and Vegetables: The Importance Of Eating Seasonally
Description
Why is it important to be able to recognize and choose seasonal fruit and vegetables: health aspects and a monthly chart to avoid making the wrong choice
Author
Başak Bartu
Publisher Name
CHE Food Revolution
Publisher Logo