Home » Food Awareness » Egg substitutes: how and why to replace eggs with cheap, sustainable and household ingredients

Egg substitutes: how and why to replace eggs with cheap, sustainable and household ingredients

Egg substitutes: how and why to replace eggs with cheap, sustainable and household ingredients 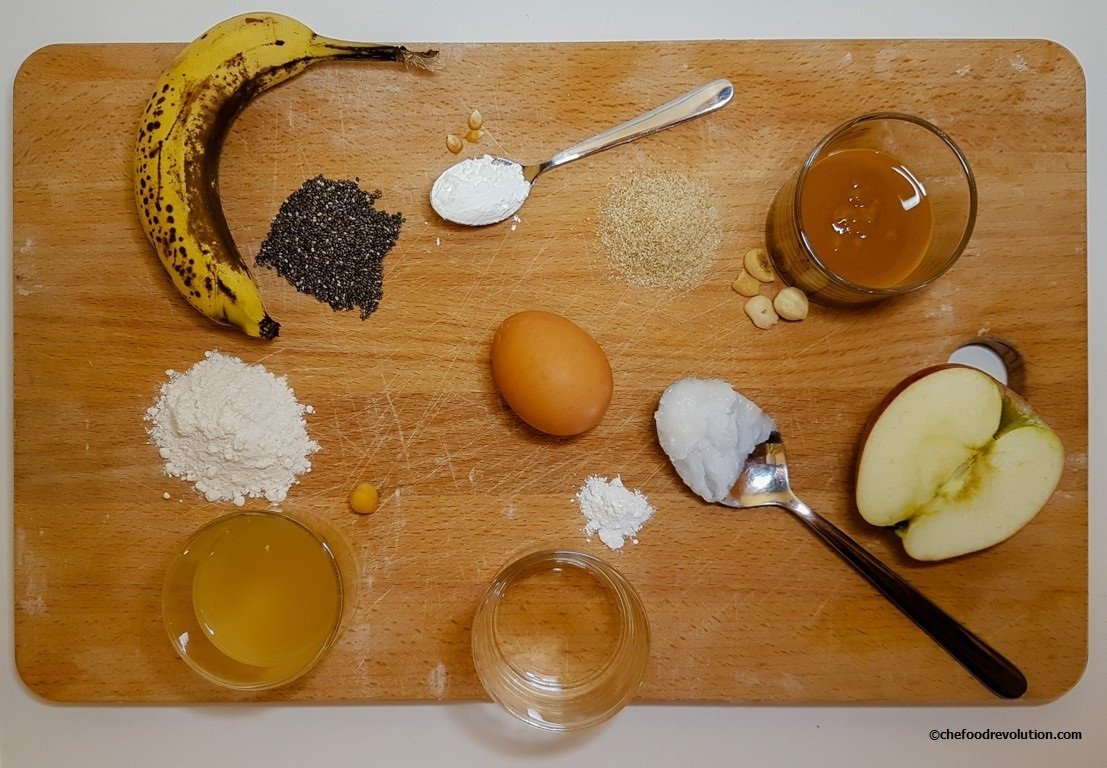 The egg has always been considered one of the miracles of nature, but also of the cuisine. Not for nothing are we used to say “as full as an egg”, because in that small and compact surface there is a complete food, which has almost everything our body needs: rich in proteins, mineral salts, fatty acids and antioxidants, it contains all the vitamins and nutrients, except vitamin C and carbohydrates. Its neutral character makes it suitable for every meal of the day, every type of food, from sweet to salty; and the mulch-functionality of the egg has made it indispensable in the gastronomic scenario for centuries.

Why should I substitute eggs

In the light of what has been said, you may find the idea of having to replace it absurd; but believe me, there are many of us who do so. If today we have so many valid egg substitutes we owe it in particular to the vegans; but the reasons for this need are numerous and can vary from person to person.

– allergies to egg proteins;
– ever-present risk of Salmonella;
– risk of contagious diseases such as avian flu;
– risk of antibiotic resistance, which may result from excessive use of antibiotics in “intensive” farming;
– personal and ethical choices related to animal and environmental welfare such as veganism, or CHEtarianism;
– metabolic problems such as hypercholesterolemia;
– high cost of eggs, produced with respect to animal welfare (organic or farmer’s eggs);
– low availability of high quality products;
– difficulties in transport or storage can be an obstacle to their purchase and consumption.

Whatever the motivation, you need to know that replacing the egg in a recipe is a real challenge. Because inside that fragile shell, there are chemical-physical properties that are unique in nature: there is no other food that can contain all the functions at the same time. So the egg, in addition to being a complete and balanced nutrition, has reigned supreme for many centuries in many home or industrial recipes.

Here are some of its various functions:

Eggs from intensive farming reduce the healthiness of our food

The versatility and multitasking functionality of eggs has undoubtedly allowed the gastronomy to enrich itself with many combinations, opening new horizons; and the food industry to expand more and more with tasty, attractive and very affordable products: thanks (or rather because) to the widespread supply of intensive farming.
Desiring things that can delight the palate is not wrong. The mistake happens when in order to eat more and more and pay less and less, we push the poultry sector to make an inhumane management of their investments. In fact for several decades the egg that we put in the shopping cart has very little to do with the miracle of life, since it hides some atrocities: While the biological rhythm of the female chickens living without sunlight is destroyed; male chicks of laying breed, considered useless since they don’t lay eggs (and not profitable enough for the meat sector) are simply killed.
To make you understand better the enormity of the volume of egg business, you must consider that for years, we have machines capable of separating yolks from egg whites of more than 10,000 eggs per hour; machines that work continuously every day. If you multiply this number by all the plants in the sector, all over the world, you could imagine the extent of the damage created by our ingenuous desire for “egg”. The only positive note is the fact that fortunately, at least in Europe, this modus operandi is no longer in expansion. Thanks to public awareness, in order to alleviate the tragic situation a little bit, Switzerland has forced breeders to let all hens have an access to the soil. In France, which is Europe’s largest producer with around 14 billion eggs a year, the retail sale of eggs from caged hens will be banned in 2022, but sadly, if you read between the lines, it is a meager consolation, as the same ban will not apply to eggs for food processing: which, in France, as in the rest of Europe, amounts to a considerable 30%. Italy follows his cousins, though with more reluctance, reducing the number of hens per square meter; despite the fact that it is not enough to improve their condition, a somewhat less beast-like life is offered to them. These improvements will, of course, have an impact on the final costs of the industry, and since competition is very fierce, lately producers in countries that have always been big exporters, such as Spain, have been closing “business”: it is cheaper to import eggs from countries outside the EEC, such as Mexico, Brazil or India, where there are no such laws.
In order to satisfy the new market for egg-free products, which is growing rapidly, and partly also to reduce production costs, my fellow food engineers have been looking for egg substitutes for years. To date, there are several high performance ‘Egg Replacers’ for some of the above mentioned functions; however, there is not yet a single product that can fully replace the egg repertoire.
The problem is that processed industrial products often have very long lists of ingredients; others continue to contain egg whites: even if in the food industry they are considered ‘scrap’, they still manage to offer some functions.

This is why I would like to talk to you about the household alternatives, already present in your pantries, which allow you to obtain perhaps not optimal, but still highly satisfactory results.

More importantly, preferring egg substitutes means contributing to animal, to environmental welfare, but also to health as well as to the pocket: you won’t get any quality from the lager-type hatcheries as mentioned; while an egg at 60 cents or more is not within everyone’s budget.

In view of all this, I have studied the best egg alternatives for you.

Substitutes for eggs: where and how to use them 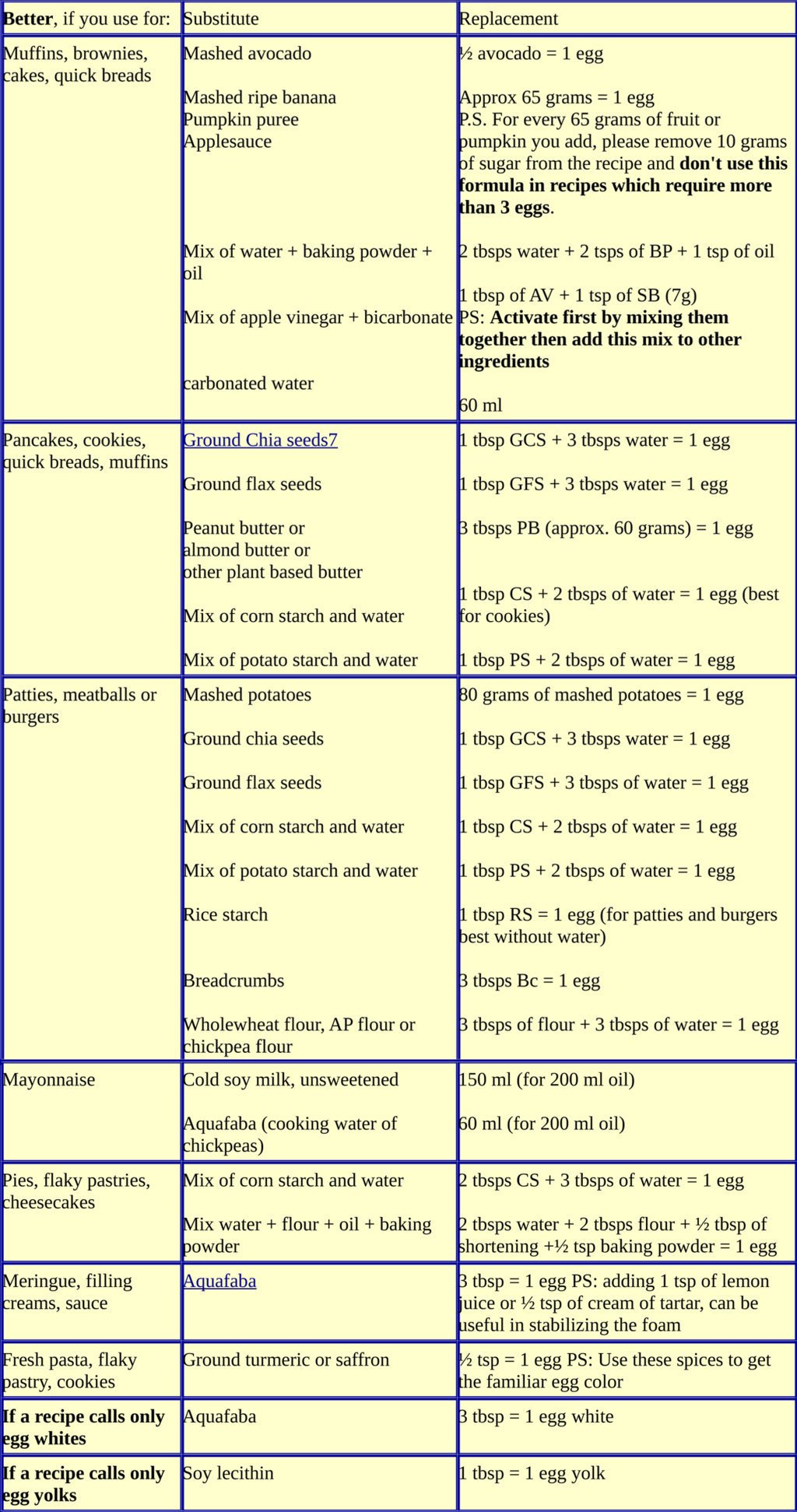 Happy revolution to all and enjoy your sustainable food

Article Name
Egg substitutes: how and why to replace eggs with cheap, sustainable and household ingredients
Description
Reducing the use of eggs is not only ethical but also healthy: here are all alternatives to maintain its functionality in food preparations
Author
Başak Bartu
Publisher Name
CHE Food Revolution
Publisher Logo