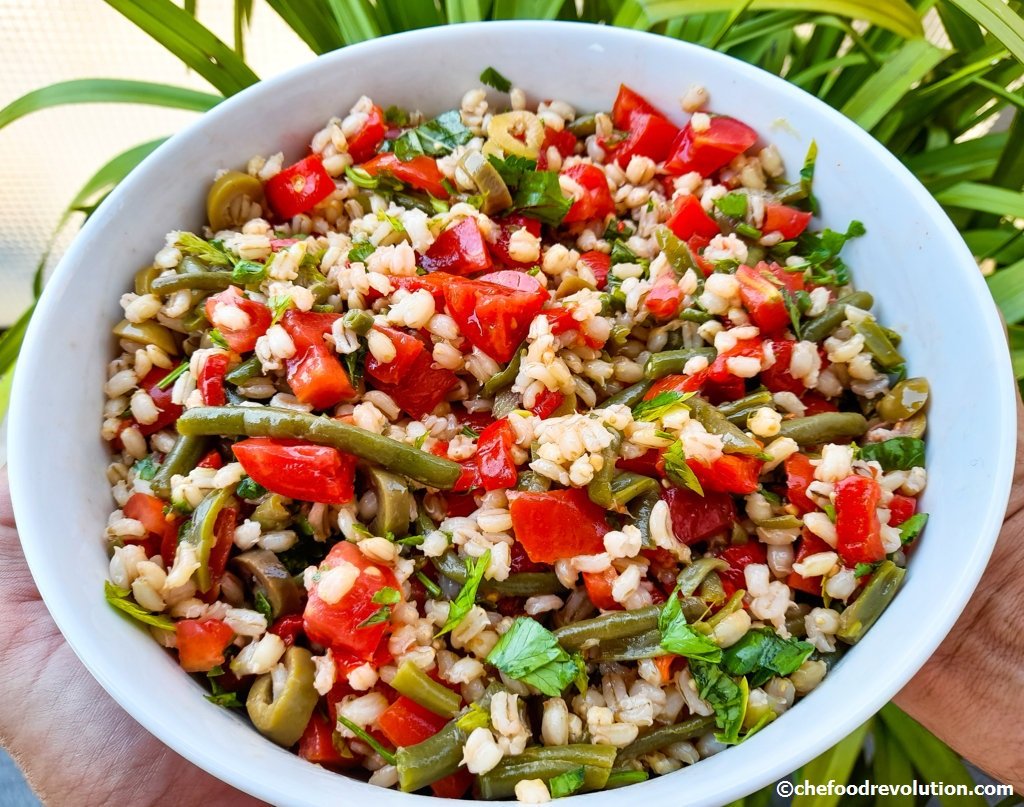 CHE Food Revolution loves traditional recipes and ingredients, such as barley in fact: Hordeum vulgare (this is its scientific name) has been part of the culinary culture of humanity for about 9000 years.
Today it is the fourth most cultivated cereal in the world after maize, rice and wheat, but more as an animal feed or key ingredient in whiskey or beer, than a cereal to dine with.
Certainly it cannot be considered a minor cereal like the “poor” millet (learn more about millet here) but even though it has a sweet taste and is rich in dietary fibers, minerals and vitamins, it is not used as frequently as pasta or rice. Moreover barley abounds in beta-glucans, allies in reducing the production of bad cholesterol (just like oats: see here how to easily make oat milk at home); as well as containing emollient and anti-inflammatory properties for the gastrointestinal tract; and is also able to balance the body’s insulin response, keeping at bay any disorders caused by high blood sugar levels.

In markets it is possible to find three types of barley:

– whole barley (it has not undergone any treatment, for this reason it is mainly destined to be used as animal feed; it is difficult to find but also to cook; only the whole barley keeps intact all its nutritional properties)

– hulled barley (only the most external part of the grain is removed; for this reason it cooks in a relatively shorter time and keeps most of its nutritional properties; very available)

– pearl barley (in order to be white as a pearl, the grains undergo invasive treatments; as a consequence, only few nutritional benefits remain, but the same carbohydrates; it cooks quickly; very available).

So to prepare the barley salad & summer veggies I would recommend using hulled or whole barley; pearl barley is like white rice, tasty and easy to cook but poor in functional nutrients. If you are tempted to prefer pearl barley because of lack of time, don’t worry, there is always a shortcut in the world of CHE Food Revolution: you may cook whole or hulled barley in large quantities, then prepare portions to be stored in the freezer and to be used quickly whenever you need them.

1 cup barley (the whole and hulled ones require some soaking time while the pearl barley must be only washed well)
1 roasted red bell pepper cut into strips
1 cup steamed or boiled fresh green beans
1 large tomato diced
5-6 green olives cut into slices
half a bunch of fragrant herbs such as basil, parsley or dill
1/2 clove of grated garlic (if you have to bring it to work, avoid it)
2 tablespoons of evo oil
a pinch of salt

If you listened to my advice and bought hulled or whole barley, soak it for at least 8 hours: change the water at least twice, then drain and rinse.
You can use either a pressure cooker in order to reduce cooking times, or a normal pot. To cook 1 cup of previously soaked hulled barley, I use about 1 cup of water; for al dente cooking, about 11-12 minutes after the whistle are sufficient.
In case of a regular pot, follow the directions on the package: in other words cook the same quantity of barley for approx 50 minutes with about 2 cups of water.
Once cooked drain excess water if necessary and leave the barley to cool down; now let’s prepare the vegetables to compose the barley salad with vegetables.
Roast a bell pepper in the oven or on the gas stove; then peel it and leave it to cool. If you use the oven, to avoid wasting energy, be sure to cook more than just 1 bell pepper: it is always useful to have roasted veggies to make summer lunches and dinners easier. In the mean time boil for 3-5 minutes (in pressure cooker) or 10-15 minutes (in normal pot) fresh green beans and leave them cool. 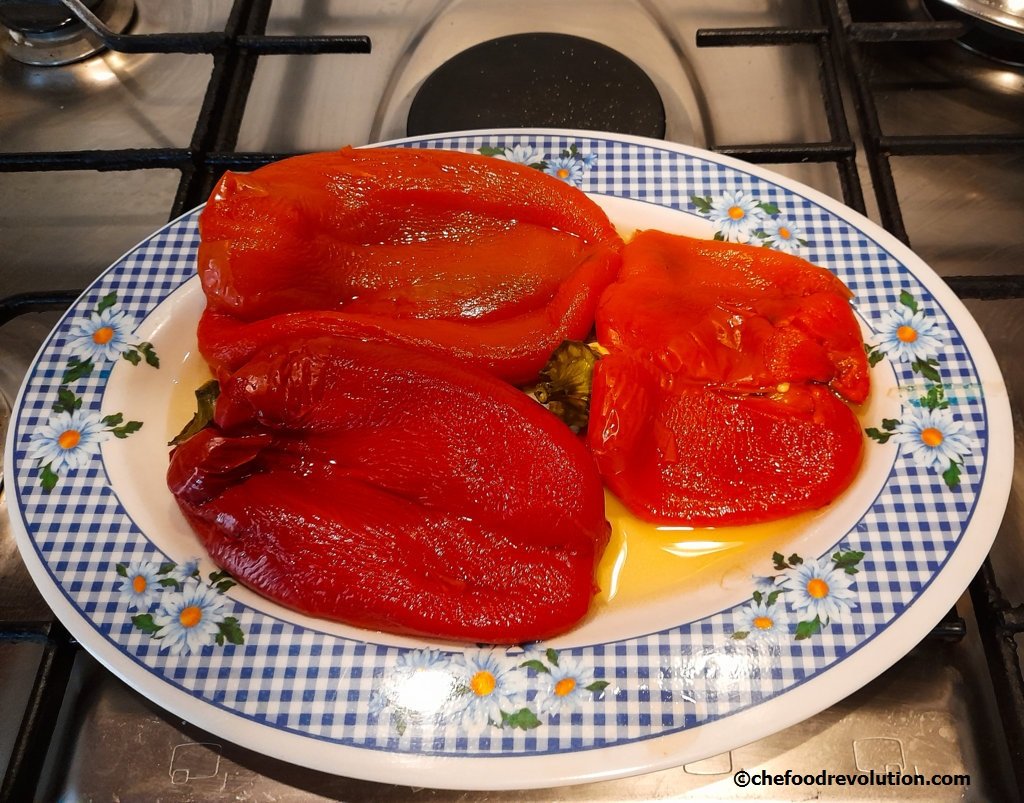 The winning aspect of this barley salad & summer veggies, is that you can prepare it with any vegetable; its tolerance becomes an excellent ally for reusing leftovers; by zeroing out waste, it allows you to open up new gastronomic horizons with different combinations when needed. Moreover, since it does not need to be heated, it is automatically an excellent lunch idea to take to the office and why not to the beach.

A satiating dish, rich in fiber, slow-digesting carbohydrates, vitamins and minerals that manages to combine taste with affordability without feeling “guilty”.

But to boost this barley salad & summer veggies, or rather to enrich it with protein and increase the sense of satiety even more, you could add some legumes, or sprouts (see here how to prepare them easily at home); some dried fruit, cheese or hard-boiled eggs, and much more, you are truly spoiled for choice.

Enjoy your lunch and good revolution to all.