Vegan Kokorec (or kokoretsi): the ethical reinterpretation of a traditional dish

Vegan Kokorec (or kokoretsi): the ethical reinterpretation of a traditional dish 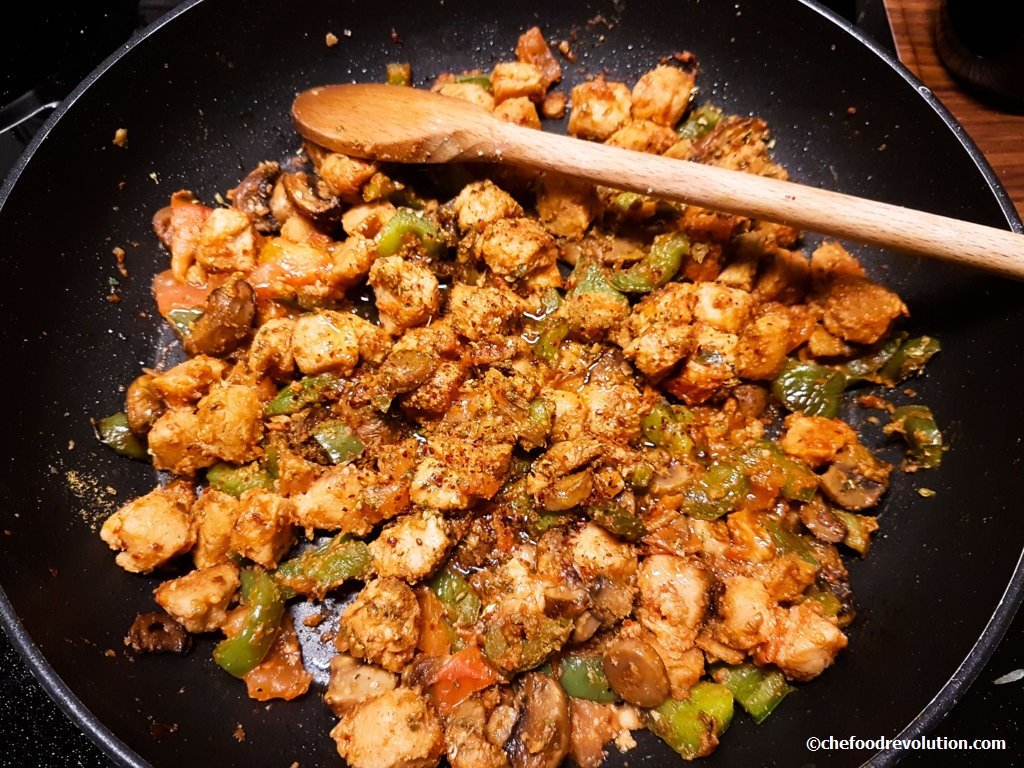 Who hasn’t been to Turkey or Greece doesn’t know what Kokorec is, I could tell you “what you missed”! But maybe it’s better that way; since this much-loved streetfood (besides restaurants, it is often sold in equipped mobile kiosks) is only for those who have a cast-iron stomach.

Kokorec or kokoretsi as they call it in Greece is nothing more than a dish prepared with the intestines of sheep and/or lamb cooked on the grill and generously spiced with handfuls of oregano, chili pepper and cumin. These traditional dishes, from very ancient roots – for example Homer describes in his Iliad a dish very similar to this one – although they can turn stomach to “delicate” people, in reality they are excellent solutions for the recycling and revaluation of waste, reducing the need for intensive kind of livestock farming.
So even if we overcome the psychological block resulting from the previous content of the titbit that we want to ‘bite’, with the growing awareness towards the welfare of animals it becomes even more difficult to swallow it, knowing that generally for kokorec or kokoretsi are used the suckling lambs.
Add to what has already been said, also the mistrust towards the food industry, specifically towards the breeding industry.
Briefly these truly traditional flavors are and will be destined to be forgotten.

That’s why I wanted to create a ‘revival’ to my taste buds, thanks to this recipe which is free of cruelty and disgust; it is full only of joy given by the flavors to the umpteenth power: my vegan Kokorec, is made with one of the many meat substitutes, in other words tofu (smoked or not), seitan, soy bites or tempeh.
To be honest I prefer the one made with tempeh, but unfortunately I do not often find it for sale where I live.
Whatever variant you choose, you can be sure of one thing: you will have a very protein-rich, very tasty, very healthy, cheap and above all ethical meal on your plate. Therefore, even with this recipe the principles of the CHEtarian diet are 100% respected: it is in fact a main course, without meat, but just as sumptuous.

The beauty of vegan Kokorec comes not only from its surprising taste, but also from its practicity: it is a real time-saving recipe. If you only have 10 minutes to organize your meal, opt for this recipe; it is impossible to take longer.

First, cut the bell pepper into dices, or thinly slice long green peppers, and start cooking with oil in a non-stick pan over moderate heat.
Clean and slice the mushrooms and sauté them together with the peppers.
In the meantime dice tofu (or the one you want to use as an alternative to meat) and add them in the pan: after about 3 minutes when the peppers and mushrooms have softened a bit, continue to stir with a wooden spoon to avoid burning them.
In the meantime cut the tomatoes into dices, without removing the peel – most of the lycopene is found right in the skin, and since it is a powerful antioxidant, we can not give up its presence -; after another 3 minutes pour the tomatoes to the contents of the pan.
Add the spices and salt while continuing to turn and cook over high heat for another 4 minutes.

A note is due: for those who want to “keep the adipose layer under control”, I suggest not to exaggerate with the oil; but it is evident, that doubling the amount of oil will have an even more amazing culinary experience.

If you don’t like tofu, often, indeed certainly, it’s because you don’t know how to prepare it properly (then to discover all the tricks you should absolutely read this article); I’m referring to that bitterish taste well known to its detractors. First of all, let out the liquids retained inside the tofu block. To do this, place it between two dish towels and put it between two cutters / plates. Now create a weight, a 5 liter water container will do (and so on). This procedure is not necessary, however, as well as surprising you with the water it contains, it serves to neutralize the taste even more

Serve your vegan kokorec with a rich salad bowl seasoned with the juice of a lemon and some bread. The vitamin C present in lemon juice and fresh salad will allow you to absorb most of the non-eme iron contained in tofu (*). 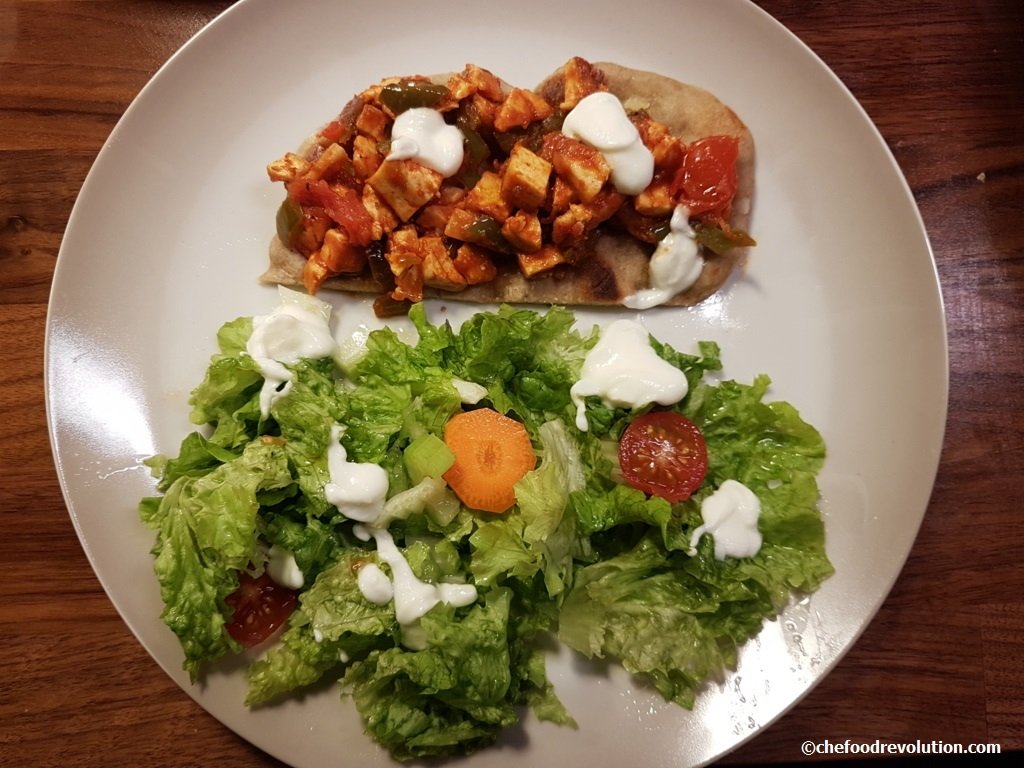 In the streets of Istanbul, the authentic kokorec is sold as a sandwich, I am talking about a bread heated on the grill and sprinkled with oil and spices. If you are not vegan and want to simulate more faithfully the original version, in other words the one very hot and spicy, then accompany your kokorec with some yoghurt or better ayran (yoghurt drink): it will allow you to continue to devour your dish without having to drink liters of water to extinguish the ‘sacred fire’, in this case provided not by Prometheus, but by chili pepper!

Enjoy your dinner and good revolution to all